This Module covers the following topics:

Note: This Module contains useful foundational general information relative to insurance and the insurance industry that is not specifically listed in the content outline found in the North Carolina Insurance Licensing Examination Candidates Guide.

A. Insurance - Definition and Purpose

The purpose of insurance is to restore the insured to the financial position that existed before the loss occurred. This is known as the principle of indemnity. The Dictionary of Insurance Terms defines indemnity as compensation for loss. You may see the terms indemnity, indemnify and indemnification used.

B. Factors Needed to be an Insurable Risk

To create a viable insurance contract, an insurance company must determine if the risk is insurable. Insurable risks meet the following criteria:

There must be a large number of similar exposures.
Without a large number of similar exposures, the insurer cannot accurately predict the probability of the loss. The more insured persons with similar characteristics such as age, sex, body build and health, the more accurately the insurance company can predict losses.
The potential loss must be significant in scope.
If the loss occurred, it would cause an economic hardship for the insured. The death of the main wage earner in a family would be significant because it would create financial hardship for the remaining family members.
The potential loss must be measurable.
The amount and frequency of a potential loss must be statistically predictable.
The potential loss must be accidental.
A loss must be uncertain, unforeseen and unintentional. An auto accident is always a possibility when driving a car, but the event would be unintended and unforeseen.
Some may argue that because death is a certainty, Life Insurance defies the definition, but the time of a person's death cannot be known in advance so it would fall into the category of unknown, unforeseen or uncertain.
The potential loss must be non-catastrophic.
Unless a specialized insurance policy is purchased, catastrophic events such as floods, nuclear disasters and war are not insurable risks because claims from such events could cause insolvency for the insurer.

Insurance companies are categorized according to their place of domicile. Essentially, the North Carolina Insurance Code defines insurers by the following three (3) categories: 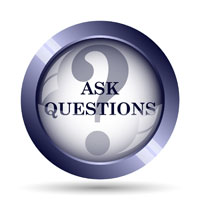 You have completed reading this module. You must take the MODULE TEST You may access the next module when you obtain a passing score of at least 80% on the test.